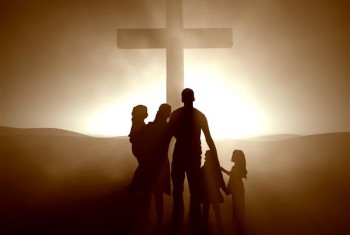 Declining marriage and divorce rates go hand in hand and reveal a cultural skepticism about relationship definition, according to a new report from The Heritage Foundation.The marriage rate has been trending downward for decades. From 2004 to 2014, the U.S. marriage rate fell by 20 percent, a drop of 8.3 marriages per 1,000 unmarried women over age 15, according to Heritage’s 2016 Index of Culture and Opportunity.The report also noted the divorce rate’s steady decline since 1979, from 5.3 per 1,000 people to 3.2 per 1,000 people in 2014—a 40 percent drop.But those numbers do not tell the whole story, according to experts.“The declining marriage rate is not so much a reflection that marriage is no longer desired, but that, in a culture of distrust and divorce, it is fragile,” write Amber and David Lapp, research fellows at the Institute for Family Studies and co-authors of the report’s essay on marriage.The Lapps assert young people today are not opposed to marriage—they are conflicted about it. They want a healthy, sustaining marriage relationship and desire to raise their kids within marriage, but they are afraid of divorce.“As a result, many young Americans are left on the outside looking in, admiring marriage but paralyzed with anxiety about becoming another divorce statistic or worried that their boyfriend or girlfriend is not trustworthy,” write the Lapps.Because of this, we should be “cautious in our celebration” about the dropping divorce rate, writes Julie Baumgardner, president and CEO of First Things First and author of the report’s essay on divorce.“Widespread divorce led people to believe that although relationships are good, relationship definition is risky,” Baumgardner writes. Generation X children lived through the rise of the divorce culture in the ’70s and early ’80s, almost half within broken homes. The result for Gen Xers: risk avoidance, undefined relationships, and a widespread belief that marriage is just a piece of paper.Today’s young people are adopting that message, according to Baumgardner. Cohabitation “precedes most marriages while fewer cohabiting relationships transition to marriage.”But rooted in these statistics is the potential for change, write the Lapps. Young people may carry wounds and have less confidence in marriage, but they want to avoid creating a broken family.“If anything, they possess a hard-earned understanding about the suffering wrought by family fragmentation,” the Lapps write. “They want a better life for their own children, and they deserve the support of everyone from cultural leaders to policymakers to business leaders as they seek that better way.”The Index of Culture and Opportunity also looked at 29 other cultural, poverty and dependence, and general opportunity indicators. Along with the divorce rate, the abortion rate and violent crime rate also dropped. But single-parent households, total welfare spending, food stamp participation, and teen drug use, among other negative factors, are on the rise.Reprinted with permission fromWORLD Magazine (wng.org).