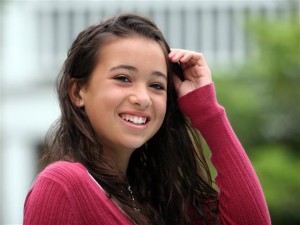 Successfully fathering children through the transition from childhood to adulthood has never been easy. Fathers of teens in the decade ahead face the most challenging fathering task in human history. We are living through nothing less than a worldwide collapse of Christian culture. While all of us are going to be painfully affected by the collapse, no one is going to feel the pressures of this cultural collapse more than teenagers.Most of the cultural and institutional aids that have traditionally assisted parents guiding their children through adolescence have lost their effectiveness. Even worse, some of these institutions have become a significant part of the problem. The lifestyle most young people adopt before they reach their twentieth birthday is one that regards mortal sin as an acceptable lifestyle. More than ever, teens need their dads to shepherd them through this difficult phase of life.Some fathers may chuckle at these warnings, seeing them as alarmist misapprehensions. Other fathers, realizing that the eternal welfare of their teen is really at stake, will exclaim, “What can I do as a father to save my teen?” One very practical step parents can take is to provide parental supervision for their teens.Parents who grew up in the sixties might be tempted to think that sexual temptation for teens is still greatest at Lover’s Lane, or at the drive-in. Here is news: Lover’s Lane is now a subdivision and the drive-in is now a shopping mall. So where do most sexual temptations for today’s teens occur? They occur in at home, maybe even in your own bed! This can come as a shock to many parents.Home is the place where today’s teens get into trouble the most. Sixty percent of teens who have sex do so at home when their parents are away (Reported in annual survey by Who’s Who Among American High School Students).Some Catholic dads might exclaim, “These rates of sexual sin at home could not possibly be occurring among Catholic teens.” No, they might not be occurring at these rates. There is one study that indicates that the rates among Catholic teens may be even higher. In a study appearing in the Journal of Youth and Adolescence researchers investigating 1,228 U.S. parochial students reported the eye-opening finding that “three out of four [sexually experienced] teenagers reported using someone’s home for the location of first sexual experiences. It appears that an empty and unsupervised home provides more opportunity for the adolescent as well as for the younger grade-school latch key child to engage in sex” (Quoted from Family in America, published by the Rockford Institute, Rockford, IL, February, 1996).Another study done by Michigan State University and the University of Wisconsin-Madison found that unchaste teenagers are likely to come from homes “where parents do not monitor them [teenagers] closely and hold permissive values regarding teen sexual behavior.” This study showed “a very clear association between level of parental monitoring and sexual experience for both males and females” (Journal of Marriage and the Family, Vol. 56, 1994, pp. 181-192 quoted in Family in America, June 1994).Michael McManus in his book, Marriage Savers, reports on two recent secular studies showing a 53% to 71% higher probability of divorce if pre-marital intercourse has been engaged in. To translate this into concrete terms it means a 53% to 71% increased probability that your grandchildren will grow up fatherless. According to studies reported by David Blankenhorn, in Fatherless America, “Daughters of single parents are 92% more likely to dissolve their own marriages” (p.46). The effects of pre-marital sex and the subsequent likelihood of divorce taken to the third generation carry a staggering probability of marital breakup.The statistics above certainly do not prove that if your teen engages in pre-marital sex that your great grandchildren will automatically grow up in fatherless families. Yet the statistics do warn of a string of potential catastrophic consequences stemming from a lack of adequate supervision.What you do, or do not do, by way of providing supervision for your teen could have effects for generations to come.Fathers of teens and younger children should take a close look at the seventh commitment of St. Joseph’s Covenant Keepers which reads, in part, “…We will seek to provide the maximum opportunity of our wives to nurture our children at home.” It is worth sacrificing material comforts and pleasures to provide the opportunity for our wives to be at home for our teens. In the many situations where it is financially impossible for your wife to be at home, then seek the active assistance of grandparents, relatives, friends, and neighbors for the times when you are not at home, but your teens are.