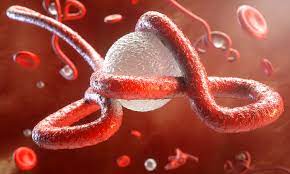 ‍Ebola. Chikungunya. Dengue. Norovirus. Hantavirus. Swine flu. Varicella. Variola. The names sound like something out of a Sci-Fi movie. Yet, threats to American families are real, and escalating by the week. The Department of Homeland Security (DHS) reported on August 1 that serious diseases are spreading at detention centers for Illegal border crossers. Health care workers and Border Patrol agents, plus their children, have tested positive for tuberculosis (TB), swine flu, chicken pox, lice and scabies. Instead of being quarantined, illegal border crossers are being dispersed rapidly across the U.S., with those of school age being registered in public schools opening soon for all.Border Patrol Council reports that 75 percent of illegal border crossers are from countries around the globe, other than Mexico. They are bringing diseases not common to, or eradicated from, the U.S.:

Ebola is one of the most lethal diseases we face, with a death rate from 60-90 percent of infected patients. It is a horrible death as the virus attacks the blood vessels leading to hemorrhaging internally and externally. There are no good treatments or vaccines.Ebola's use as a weapon of terror and mass destruction has been documented by GlobalSecurity.org, which reports that the former Soviet Union biological weapons program had weaponized the Ebola virus, and that Aum Shinrikyo, the Japanese terror group, recently sent members to Africa to harvest the virus during an outbreak.After long neglecting the contagious disease issues that arose in early June, on July 31, ABC, NBC, CBS and other news outlets simultaneously reported the arrival of two Ebola patients from Africa. Does this give "plausible deniability" to the possible role of illegal border-crossers in bringing Ebola to the U.S.?Not very contagious? Really? Then why do World Health Organization (WHO) officials say the "worst on record" Ebola outbreak in three countries in West Africa is spreading out of control? Why all the special haz-mat suits for doctors and nurses? Why did two doctors die treating Ebola patients? Why all the special and expensive isolation units for Ebola patients? In sharp contrast to WHO, US Centers for Disease Control (CDC) and government spokespersons seem to be going out of their way to downplay risks to Americans.Dr. Richard Besser, a former acting director of CDC during the swine flu outbreak, and now ABC News chief health and medical editor, said "There is nothing to prevent someone traveling here asymptomatically during the incubation period." Then once ill, the person can easily infect many others, who in turn spread the virus further.CDC has recently been under fire for mishandling deadly pathogens, including smallpox and anthrax. Yet Dr. Thomas Frieden, CDC director, told reporters on July 31 that Ebola spread in the U.S. is "not in the cards." But can we rely on his opinion that risk to Americans is low?If risk is so low for the US, why is CDC quietly setting up Ebola Quarantine Centers in 20 cities across the USA? Why did the Congressional Record report that Ebola Bio kits have been deployed to National Guard units in all 50 states?These are undisputed facts:

There are too many unknowns. There is too much information being actively suppressed by this Administration and the politically appointed heads of DHS, HHS, CDC, ICE and other agencies.Americans have a right to straight talk about risks. Americans deserve a government focused FIRST on protecting the health and safety of American citizens. Reckless disregard for health is not humane.Article from The Times Examiner, Wednesday 8/6/14 issue, p. 9. Reprinted with permission from author, Elizabeth Lee Vliet, M.D.