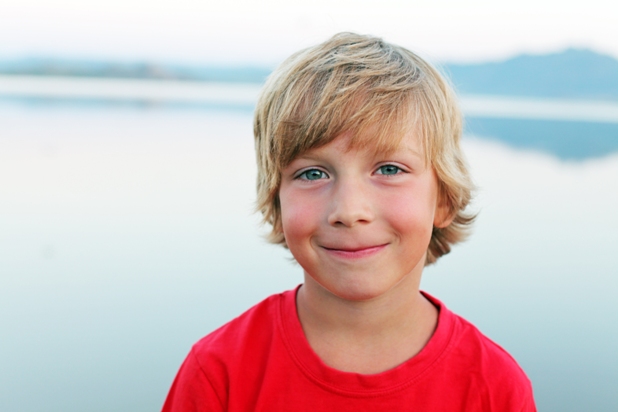 Psychologist Saysby Christina Lee KnaussJohn Rosemond is the rare person who can get away with telling a roomful of moms and dads that when it comes to raising kids, they don’t know what they are doing.The child psychologist, columnist and author did just that before a roomful of more than 200 people on Sept. 14 at Aquinas High School.He wasn’t being mean, just honest.Rosemond visited Aquinas to speak on “Understanding and Managing Your Teenager.”His talk, although geared toward parents of teens, offered advice that is relevant to any parent these days.As he does in his books and columns, Rosemond focused on how parents over the past 40 years have been led away from traditional parenting values and methods by trendy approaches that, in the end, don’t work and lead to confusion, exhaustion and turmoil in the home.His message was especially fitting for moms and dads at a Catholic school because so much of the parenting guidance he provides focuses on Christian values. One of his most popular books, “Raising Children By the Book,” is centered around the idea of raising children based on biblical principles.

He said that most problems parents deal with today stem from a culture that promotes a type of parenting that caters to a child’s whims and needs without focusing on true, loving discipline. The word, he noted, comes from the Latin word for pupil, “discipulus,” which also is the root of “disciple.”

Rosemond said parents, especially mothers, have become too focused on making their lives center around the child. Instead, he said, parents should be the focus of the child’s attention.He said many discipline problems with teenagers stem from the fact that parents did not begin early enough in life to teach their children about responsibility, consequences, independence, and respect for others. That teaching, he said, should begin at around age 3 and last until around age 13. If kids get that training early in life, he said, by the time they are teenagers they are prepared for gaining more freedom while at the same time having a respect for family rules and values.The lack of helping children to mature, he said, is leading more kids to begin school who are still exhibiting classic toddler behaviors such as temper tantrums, extreme mood swings and defiance. If not corrected, this behavior leads to impulsive, defiant teenagers who can do harm to both themselves and others.One of the biggest mistakes in modern parenting, Rosemond said, is that mom and dad feel the need to negotiate with kids, give them too many choices, and explain the reason they tell the child to do something. This undermines any effort at discipline, he said, because it gives kids who really need structure the feeling that their parents’ decisions are not correct or final.“Children are argumentative because you give them explanations for everything you do,” he said. “If you give an explanation, you act as if your authority is not legitimate. Why do you feel you need to explain yourself to a five-year-old?”The time-honored parental phrase “Because I said so” is a legitimate one that more moms and dads need to start using again, Rosemond said.He said one of the biggest mistakes parents commit with teenagers is to “make the punishment fit the crime.” The ideal way to reinforce rules and regulations is to offer up a consequence that is worse than the offense the teen has committed.He described a weekend long ago when his daughter refused to do two household chores and said she was going out with her friends. Instead of yelling at her and punishing her right then, he waited six days until she wanted to go out to a more important event and then told her she was grounded.“Too often, you’re letting the children call the shots,” he said. “Tell them once to do something and then if they defy you, they get a punishment. You do not have to do something right away. Take your time.”Too many parents are too focused on “being friends” with their teenager or not wanting to upset them when they do something wrong, he said, and in the end that approach does more damage to youth than many parents realize. The lack of adequate discipline at home often leads to a disrespect for authority that can have devastating consequences in adulthood.“Soon these kids will be in the real world, and in the real world, if you defy a legitimate authority figure like a boss, a police officer, or a judge, you’re going to pay a heavy price,” Rosemond said. “My idea with my daughter back then was that she had done something wrong that was big, so I was going to do something bigger. She learned that the price of her defiance had just come due, and it was an important lesson.”Reprinted with permission from The Catholic Miscellany, September 30, 2016.