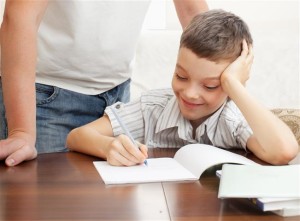 ‍One of the biggest unrecognized perils facing Catholic families in our cultural crisis is the menace of “happy Catholicism.” From my experience of fourteen years in Catholic media, I’ve encountered a strong preference for happy news over realistic news. In ancient Israel, God chastised his people who wanted to hear “smooth things” rather than the sobering news of their condition. Listen to God’s rebuke through the prophet Isaiah:“They are … children unwilling to hear the instruction of the LORD: who say to the prophets … ‘Do not prophesy to us what is right: speak to us smooth things, prophesy illusions.” – Isaiah 30:9-10If you have children or grandchildren, then desiring a type of “happy Catholicism” could lead to fatal mistakes since critical child-rearing decisions should be made in light of a realistic evaluation of the cultural condition and not as you wish things were. (See Legacy, chapter 6.)When the President of the United States declares …“NOW, THEREFORE, I, BARACK OBAMA, President of the United States of America, by virtue of the authority vested in me by the Constitution and the laws of the United States, do hereby proclaim June as Lesbian, Gay, Bisexual, and Transgender Pride Month.”… It means that as a nation we have fallen into a deep pit and it means that every Christian father has to wake up and remain spiritually alert. Catholic parents must make some tough decisions that will minimize the chances of our children and grandchildren joining President Obama, unjust judges, weak-willed Republican and Democratic leaders, corrupt teachers, and media activists in the pit of cultural corruption.Get Your Kids Out of Toxic SchoolsI repeat my counsel that it is time to get your kids out of crummy schools. Homosexual indoctrination through classroom sex-education coupled with values clarification and moral relativism (i.e., nothing is really right or wrong) will rot your child’s soul.If at all possible, get your children out of government schools. Also avoid the plague of liberal heterodox Catholic schools since they are spiritually toxic and in some ways worse than public schools.If you are sitting on the fence about this major educational decision, then I urge you to watch just nine seconds (0:48 – 0:57) from this trailer of the DVD, Indoctrination. These nine seconds should help solidify your decision to act.Get Your Kids into Good SchoolsYou have two choices: Catholic homeschooling, or good Catholic schools. If you have a good affordable Catholic school in your town and you don’t want to homeschool, then by all means use it.What if you don’t feel equipped to homeschool and can’t afford a local parish school? In that case I recommend finding an affordable and orthodox Catholic school by moving to a town like Lincoln, Nebraska.For the sake of comparison, good orthodox Catholic schools in the Greenville, SC area cost between $4,400 and $5,500 in tuition for the grade school years. In contrast, for members of the St. Joseph parish in Lincoln the annual tuition is $535 (this isn’t a typo) with discounts for additional children. In addition, the University of Nebraska-Lincoln has the best Catholic campus ministry that I’ve seen anywhere in the world.Many of you who can’t conceive of being able to homeschool might have a dramatic change of mind if you took the time to investigate how online education is revolutionizing both traditional classroom education as well as homeschooling. For example, in many traditional math classes teachers aren’t doing the teaching. They use a free online resource known as the Khan Academy. After students watch a math video relevant to the unit of study, teachers then spend classroom time assisting individual students with their homework. This has been termed “the 180 revolution in education.” Homeschooling parents no longer need to struggle teaching unfamiliar subjects. The Catholic homeschooler can use complete online courses, like the Khan Academy, where America’s top instructors teach the difficult subjects. Parents are then free to tutor those subjects they feel comfortable and confident in teaching. The Internet is revolutionizing Catholic homeschooling. Don’t eliminate this good educational option before investigating it.If you listen and watch both secular and religious broadcasts, you might get the impression that the outcome of the cultural wars ultimately depends on the winner of the next Republican presidential nomination, or the outcome of the next election. While elections are critically important, the educational formation of your child’s heart and mind is infinitely more important and will ultimately determine the future of our nation.Sometimes godless revolutionaries are wiser than Christians in determining what is central in changing culture. For example, one of the fiercest persecutions of Catholics in modern history occurred just on the other side of the border from the United States less than 90 years ago. These events were depicted in the movie (which I hope you’ve seen, if not get the DVD), For Greater Glory. In an attempt to stamp out Catholicism in Mexico, all Catholic religious education was forbidden, Catholic schools were closed, and secular school teachers were forced to take this oath:

“I, _______, before the Federal Board of Education, solemnly declare, without any reservation whatsoever, to accept the program of the Socialist School and to be its propagandist and defender; I declare myself an atheist, an irreconcilable enemy of the Roman, Apostolic, Catholic religion, and that I will exert my efforts to destroy it, releasing the conscience from every religious worship and to be ready to fight against the clergy in whatever field it may be necessary.”

I urge you to make a wise decision regarding the education of your children. You still have the freedom to educate your children with the light of Faith. Take advantage of your freedom while you have it.