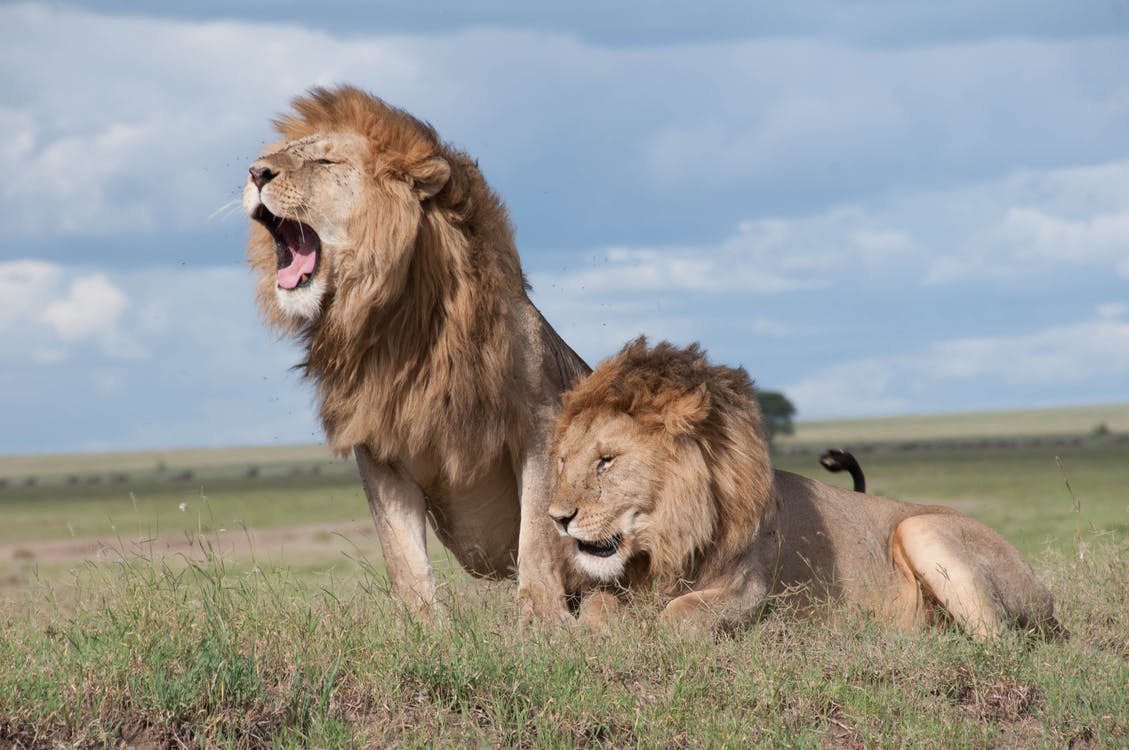 ‍This article on Secondhand Lions is a reflection on a fascinating film for fathers, grandfathers, and uncles.Secondhand Lions features Walter, a shy and awkward boy being raised by an irresponsible single mom with multiple boyfriends. Walter is abandoned for the summer when his mother drops him off at the rundown rural Texas home of his great uncles.At the difficult stage of life when a boy needs to mature into his manhood, Walter seems to have every conceivable strike against his healthy development. Yet Walter’s manhood miraculously matures as a result of his relationship with two cranky old men.Garth and Hub (Michael Caine and Robert Duvall) are the gruff-talking, shotgun-toting, anti-social, rough-around-the-edges, great uncles. They sure don’t have Ph.D.’s in developmental psychology, and at first they don’t seem particularly interested in helping to make a man out of Walter. In fact, Garth and Hub seem like the worst possible father-substitutes for this semi-orphaned boy. Yet they do a marvelous job in helping Walter make the transition from boyhood to manhood.Here are Garth’s and Hub’s secrets for turning this boy into a young man: Shoot, fish, eat, work, ride in the truck, and have lots of fun as guys – not really too complicated. They just did all this stuff together and, despite having every social strike against him, Walter grows into a well-adjusted man.It takes a man to convey and confirm masculinity to a boy. It doesn’t come via auto-pilot. It doesn’t come from the most committed and talented mother, or female teacher. Dad, let me repeat this: It takes a man to help a boy to develop his masculinity. I wrote this in The ABCs of Choosing a Good Husband:“A young boy is naturally drawn into a close attachment to his mother. Being a ‘mama’s boy’ under seven years of age is fine and healthy. And yet for a boy to mature fully in his masculinity, he needs to ‘detach’ from Mom and form a closer attachment with his father throughout older boyhood and adolescence.A boy matures into manhood through this close identification with his father. Once a young man has fully matured in this way, he’s ready for a close reattachment to a woman — his wife. But it’s extremely difficult for a boy to mature in his masculinity without the presence of a father.”

When boys don’t have men to help them mature, they turn out haywire – hoods and homosexuals are just two extreme types of boys who don’t make the transition to manhood.The hoods in Secondhand Lions who pull switchblades and try (quite unsuccessfully) to rough up Robert Duvall were asserting their pseudo-masculinity. After the fight, Duvall befriends the hoods and takes them home. He recognizes that these young toughs have a deficiency of real manhood. So he gives them his “man talk” to help them become real men. After observing this, Walter wisely senses his own need for the “man talk” and desperately pleads for one.Although frequently unacknowledged, homosexuality and gender-confusion also stem from the failure to make the successful transition from boyhood to manhood. Homosexuality is now a common phenomenon among Catholic teens and twenty year-olds.What should Catholic parents of a homosexual or gender-confused child do? The last thing I would advise is heeding the document, “Always Our Children.” I also advise keeping your children far from anyone or anything associated with the National Association of Catholic Diocesan Lesbian and Gay Ministries [NACDLGM]. Homosexuality and gender confusion are serious problems requiring solid psychological advice.Dr. Joseph Nicolosi is on my short-list of reliable Catholic psychologists. Every Catholic dad should read his book, A Parent’s Guide to Preventing Homosexuality.Dr. Nicolosi, who has spoken with hundreds of homosexual men over the past fifteen years, says, “I have never met a single homosexual man who said he had a close, loving, and respectful relationship with his father. I have never known a single case of a homosexual man who was not wounded in his relationships within the male world.”Dr. Nicolosi asserts, “Fathers make men.” He describes how boys have a critical developmental task that girls don’t. A boy needs “to disidentify from his mother and identify with his father” if he is to grow into a normal heterosexual man. “Every boy has a deep longing to be held, to be loved by a father figure, to be mentored into the world of men, and to have his masculine nature affirmed and declared good enough by his male peers, his male elders, and mentors.”On a recent live radio show with Dr. Nicolosi as my guest, we received a call from a concerned mother about her son’s masculine development. Dr. Nicolosi asked her, “How is your son’s relationship with his father?” She said, “Oh it’s great. They’re buddies, they play sports together all the time, and they hunt and fish together.” Dr. Nicolosi said, “Everything’s okay, there will be no problems.” The mother, not entirely convinced, went on to voice additional concerns when Dr. Nicolosi interrupted her and confidently predicted that this boy will turn out just fine thanks to his relationship with his father.

Secondhand Lions is an encouraging film for dads (grandfathers and uncles) raising young men in our gender-confused and lack-of-genuine-manhood culture. Be sure to see this movie. If Garth and Hub, a pair of cranky and slightly crazy great-uncles, can lead Walter into his manhood, you can too. Garth and Hub weren’t perfect by a long shot, but they did share their lives and their manhood with Walter. It was a priceless gift.Don’t let yourself be absorbed by your career and your personal sports and hobbies apart from your sons. You’ve got to be with your sons in order to share your manhood with them. Your wife can’t do this job for you. Expensive toys will not fill this void in your son. It takes you to lead your son into his manhood.So, sweat with your sons while doing physical work together. Shoot some skeet this fall. Fish together. Maybe fix up an old truck and go places (boys really like going through dirt and mud). Finally, engage in some slightly risk-taking fun with them – deeply religious dads sometimes forget this vital “risky-fun” component of fathering sons. My attorney advises me against giving specific recommendations, but I’m sure you can come up with something!