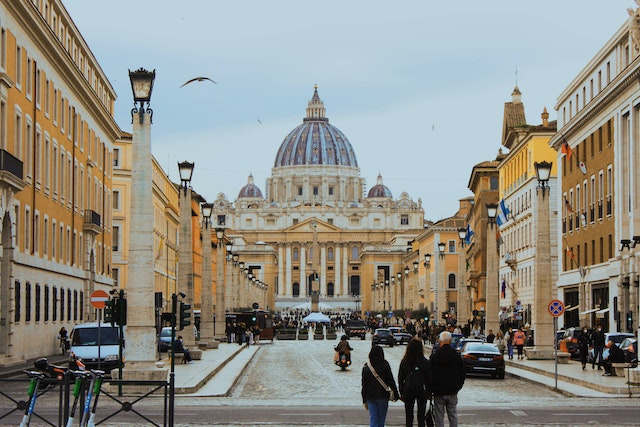 ‍As Catholics, we have a great love for the Pope. But it is important to know what the Church actually teaches about the papal office. Occasionally I come across people who think that the Pope is an absolute monarch and can do whatever he wants. Or those who agree with one Pope, and will assert that anything that comes out of his mouth is revealed by the Holy Spirit because they like him, and then turn around and ignore everything another Pope says because they don’t like him.Pope Benedict XVI described the office beautifully: “The Pope is not an absolute monarch whose thoughts and desires are law. On the contrary: the Pope’s ministry is a guarantee of obedience to Christ and to his Word. He must not proclaim his own ideas, but rather constantly bind himself and the Church to obedience to God’s Word, in the face of every attempt to adapt it or water it down, and every form of opportunism.  The Pope knows that in his important decisions, he is bound to the great community of faith of all times, to the binding interpretations that have developed throughout the Church’s pilgrimage. Thus, his power is not being above, but at the service of, the Word of God. It is incumbent upon him to ensure that this Word continues to be present in its greatness and to resound in its purity, so that it is not torn to pieces by continuous changes in usage.”When the Pope definitively teaches what the Church has always taught on faith and morals, we are bound to assent to that teaching if we are to call ourselves faithful Catholics. If a Pope advances a theological opinion or political policy in a private manner, or even in his office as Roman Pontiff, we are not bound to that level of assent. We are bound to respect him, but we can also prudently disagree. If a Pope changes one of the disciplines of the Church, we are free to agree or disagree about that change, but we still must remain respectful.In the 19th century, the increased visibility of the Pope in media led many Catholics to a somewhat exaggerated opinion of the papal office called ultramontanism.  This current made the Pope and his person central to Catholic faith and life in a way it never was before. The doctrine of papal infallibility was declared at this time, and we have had a series of incredible men on the throne of Peter ever since, and, with increasing rapidity of communications, the Pope has become more present in the life of Catholics as he ever was.But we now have a bizarre situation, in which some Catholics claim that mere opinions or policies of a pope are as binding as the truths of the Gospel and the Creed, even when those opinions and policies change between one papacy and another. It is intellectually and theologically incoherent to act as if the Pope were an oracle of divine wisdom. Such has never been the teaching of the Church, and is a caricature of it. I get shivers when I hear Catholics act as if the Holy Spirit personally chooses each Pope, and makes his every act infallible. It’s not the teaching of Christ, or of the Church. We are not papolaters, and we are not papists. We are Catholics, and the ancient faith is entrusted to Peter’s successors to hand on from one generation to the next, whole and entire. Anything outside of that is worthy of respect, but does not bind our conscience. Adrian Fortescue’s work The Early Papacy shows how the Catholic teaching on Petrine primacy developed early, and how it is opposed to ultramontane exaggeration. Reprinted with permission from Prince of Peace Catholic Church (Bulletin -  November 1, 2015).