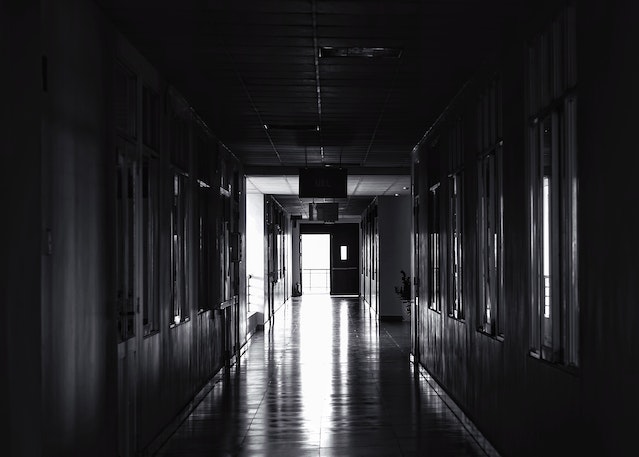 And so it begins…another shooting, another school, another student with a grudge and a gun, another body count and another 72 hours of MSM 24/7 Redundant Coverage featuring the same cast of media, political, social media and law enforcement “experts” showcased on the Evening News with the tears of relatives and near-victims, sotto –voice anchor interviews of “how do you feel…?” and “what was it like…?”, surrounded by non-stop re-runs of every cell phone vid available providing it shows at least a whif of the Horror From Within.Once the essential Who, What, Where and When facts are announced (49 seconds, tops), more bloviating follows in the form of conjecture, idealistic rhetoric and hypotheticals mixed with predictable mis- and disinformation intended to fortify a political agenda. Out come the Same Old Same Old “solutions” that either violate the Constitution or other (HIPPA) laws or cost incalculable amounts of unavailable revenue and “political will”.Eventually, the tragedy tails out in a cloud of “Why’s” and “If Only’s” – until the next time.Rinse. Repeat. The script writes itself.The Missing Link – Pragmatic Answers – remain hidden. The only tangible results are in the heart-breaking frustration of the survivors and snarky political points scored by the Usual Suspects who come out their holes to claim a few minutes of Fame.After 50 years toiling in “The Business”, covering the violence of civil rights demonstrations, anti-war riots, suicides and a panalopy of murders and mayhem, the only significant change in coverage has been method and tone. The speed of new technology hasn’t added a wit (or half-wit) of fact-based curiosity to Network News departments unless it’s Trump-Russian. Individual reporters who have the elusive Investigative gene are rare and generally kept in strict isolation until needed.Against this background, it was whiplash-startling today to witness a rare Live, on-camera revelation of the Missing Link! But first, see if you can spot it hiding in plain sight while studiously ignored by the integrity-challenged management of the Fourth Estate.Consider the following history:Eric Harris age 17 (first on Zoloft then Luvox) and Dylan Klebold aged 18 (Columbine school shooting in Littleton, Colorado), killed 12 students and 1 teacher and wounded 23 others, before killing themselves. Klebold’s medical records have never been made available to the public.

Missing from list… 3 of 4 known to have taken these same meds:

Only readers lacking that keen sense for the obvious will miss the culprit here. Kudos to Herb London, President of the London Center for Policy Research. Appearing on Fox Business News with Stuart Varney, who plainly stated he had no answers,  asked London for his take and received this response:“ Three-fourths of the population of the United State is taking psychotropic drugs. But all we focus on are guns. Violence is built into the very nature of popular culture. Entertainment? Violent. Rap music? Violent. It’s all around us. We in the US tend to ignore these matters and look at one issue: guns. But it’s not just guns, it is an environment where violence is promoted.”Two reasons News Outlets are terminally reluctant to connect the dots between school mass murders and kids on prescribed drugs like those listed above:

When you ingest your next full helping of ABCCBSNBCCNNFOX News, observe the number of commercials for Viagra, SeeAlice, Lipizzaner, FaithandBegorium and a medicine chest full of other strangely named pills and liquids with Warning Disclaimers speed-read by the off-stage announcer. Do you think Pfizer (Prozac, Zoloft, Xanax), Paxil, Wellbutrin (GlaxoSmithKline), Ritalin (Novartis), Lexapro (Forest), Luvox (Abbott Labs) , Ambien (Sanofi) would appreciate having their advertising dollars spent on reporting they may be the manufactures of certain medications occasionally having serious anti-social side-effects on young patients? Similarly, would health care providers and their doctors want similar exposure?While there is an understandably strong public resistance to having personal medical records revealed to an over-reaching government in order to exercise the basic human right to bear arms, there may be a more acceptable way for the prospective firearms purchaser and his/her doctor to acknowledge any prescribed psychotropic medications. Ignoring the information will go a long way in failing to find a workable solution that everyone wants: protection of freedom and the innocent without sacrificing either. Right now, none of the old worn-out “solutions” are workable or acceptable in what is purported to be a “Free Society”.Let the discussion begin. This time let’s include the previously Missing Link.Article first appeared on 021718 in lewrockwell.com. Permission to post granted by author.