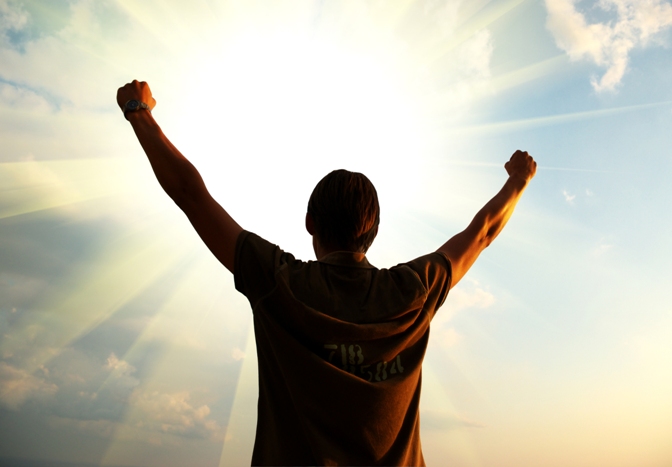 Editor's note: In light of the 500th anniversary of the Protestant Reformation on October 31st, I'll be devoting newsletters and Faith & Family broadcasts between now and November 1st to the central doctrine that prompted the Reformation: namely, justification.‍

The Most Important Apologetics TopicI've been involved with Catholic radio for eighteen years and have heard countless apologetics questions asked of myself and other hosts. While I agree that all Catholics should equip themselves to defend the Faith, I fear many are diluting their effectiveness by focusing on a multitude of secondary, and even tertiary, topics.Unless you are a full-time apologist and have time for limitless study, it is practically impossible to learn how to answer all apologetics questions. But everyone needs to learn the answer to the question, "What must I do to be saved (justified)?"The apologetics topic that stands above all others for a knowledgeable Protestant is justification. This is the doctrine that prompted the Protestant Reformation 500 years ago. Justification is why so many non-Catholic Christians are still protesting Catholicism. I suggest that justification should be one of your prime apologetics preparations.While a Protestant youth pastor and pastor, I didn't agree with calling priests, "Father," but I didn't attempt to lead Catholics out of the Church because of it. I was uncomfortable with religious statues in Catholic sanctuaries and homes, but my discomfort never prompted me to lead anyone away from Catholicism. Using the Bible while a Protestant pastor, I came to believe that Mary was the greatest woman who ever lived. So she was not the reason I tried persuading Catholics to leave the Church.There was one primary reason why I attempted to lead Catholics out of the Church. It was out of concern for their souls. I was taught and believed that the Catholic Church denied that salvation (justification) was by God's grace. Catholics confirmed the error of my beliefs. For twenty years, I asked Catholics on what basis they hoped to be granted entrance into heaven. For over two decades every Catholic answered that the primary reason God would let them into heaven was because of something he or she did or didn't do. There was no mention of a faith-dependence on God, Jesus, the Holy Spirit, or the grace of God. The catechesis of the Catholics I met never informed them that to trust in oneself for salvation is the opposite of the Christian faith. It is a false and counterfeit belief of the first order.The hemorrhage of Catholics seeking greener pastures in Evangelical and Pentecostal settings and the Protestant opposition to Catholicism will not end until Catholics begin believing and learning to articulate exactly what their church teaches about justification.Justification by grace is the doctrine that Catholic educators must convey to their students so that they can resist folks like me when I was tempting Catholics to leave the Church to discover grace. Catechists, homilists, youth leaders, parents, and media outlets owe it to their fellow Catholics to continually refer to Section 1996 of the Catechism of the Catholic Church. It concisely and explicitly answers the primary apologetics question of Protestants."Our justification comes from the grace of God. Grace is favor, the free and undeserved help that God gives us to respond to his call to become children of God, adoptive sons, partakers of the divine nature and of eternal life."– CCC, Section 1996Does the Catholic Church teach that justification is by grace? For 500 years the answer to this question has divided Protestants and Catholics. Many Evangelicals and surprisingly most Catholics believe that the Catholic Church teaches justification by unaided human works. I wrote my new book, Grace and Justification, believing that it is past time to investigate whether this answer is true.How to Get a Copy of Grace and Justification: An Evangelical's Guide to Catholic BeliefsMembers of the Family Life Team, our circle of supporters, are receiving an autographed copy of Grace and Justification. If you would like to receive the letter describing how to get copies while supporting the Family Life Center, just send an email to team@dads.org.The book is available in print form and on Kindle at Amazon. If you find the book helpful and informative, I'd appreciate a brief review on Amazon's site. Please be respectful and charitable towards Protestants in your reviews. I wrote Justification and Grace to Evangelicals and not against them.Finally, please consider using the book with friends and family members who have left the Church, or are contemplating doing so. Here's what Baptist-convert Steve Ray said:"For the last 500 years, arguments and misunderstandings have swirled around the question, "What must I do to be saved?" There is no question more important and the answer should be clear. Catholics are often challenged by good-meaning folks confused about the teaching of the Catholic Church. How is a Catholic to respond? Simple—give them a copy of Stephen Wood's new book Grace & Justification: An Evangelical's Guide to Catholic Beliefs. Stephen Wood cuts through the confusion with surgical precision. The Protestant will receive a clarified understanding of justification. The Catholic too will understand the Church's biblical teaching and be better prepared to share the faith with others. Great for the scholar and the simple inquirer."On September 20th at 8:00 PM (ET), I'll be a guest on EWTN Live talking about the differences between Evangelical and Catholic beliefs on justification. My host, Fr. Mitch Pacwa, was the first Catholic from whom I heard the truth that Catholics do believe in justification by the grace of God.