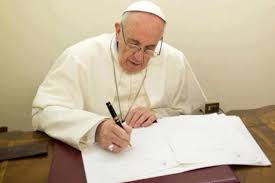 August 23, 2017 (LifeSiteNews) — One of the world’s top Catholic philosophers has called Pope’ Francis’ Exhortation Amoris Laetitia a ticking “theological atomic bomb” that has the capacity to entirely destroy all Catholic moral teaching.Dr. Josef Seifert, founding rector of the International Academy of Philosophy in Liechtenstein, said the only way the theological bomb can be defused is by Pope Francis retracting at least one major error in his 2016 Exhortation.With philosophical precision, Seifert pinpoints the main problem in Amoris Laetitia (AL) to a passage that he said suggests that God actively wills people, in certain situations, to commit acts that have always been considered objectively evil by the Catholic Church.He quotes directly from passage 303 of Amoris where Pope Francis speaks about “irregular couples” living in habitual adultery who decide to forgo following the Six Commandment.“Yet conscience can do more than recognize that a given situation does not correspond objectively to the overall demands of the Gospel,” wrote Pope Francis in his 2016 Exhortation.“It can also recognize with sincerity and honesty what for now is the most generous response which can be given to God, and come to see with a certain moral security that it is what God himself is asking amid the concrete complexity of one’s limits, while yet not fully the objective ideal,” he added.Commented Seifert: “In other words, besides calling an objective state of grave sin, euphemistically, ‘not yet fully the objective ideal,’ AL says that we can know with ‘a certain moral security’ that God himself asks us to continue to commit intrinsically wrong acts, such as adultery or active homosexuality.”But Seifert pointed out that if just one intrinsically immoral act, such as adultery, can be permitted and even willed by God, then there is nothing stopping such a principle being applied to “all acts considered ‘intrinsically wrong.’”If it is true that God can want an adulterous couple to live in adultery against the Sixth Commandment, he said, then there is nothing to keep the other nine Commandments from falling.According to such logic, Seifert continued, evils such as murder, abortion, euthanasia, suicide, lying, thievery, perjury, and betrayal can be “justified in some cases and ‘be what God himself is asking amid the concrete complexity of one’s limits, while yet not fully the objective ideal.’”“Does not pure logic demand that we draw this consequence from this proposition of Pope Francis?” the philosopher said.Seifert said that if his above question is answered in the affirmative, then the “purely logical consequence of that one assertion of Amoris Laetitia seems to destroy the entire moral teaching of the Church.”The professor’s concern is similar to one of the dubia (questions) raised by the four cardinals to Pope Francis last year asking him to clarify the meaning of his Exhortation.Question two of five asks the Pope if, with the publication of Amoris, does one still need to regard as valid the teaching of St. John Paul II in Veritatis Splendor that there are “absolute moral norms that prohibit intrinsically evil acts and that are binding without exceptions?”In his paper, Seifert pleaded with Pope Francis to withdraw and condemn the notion that God sometimes wills people to commit intrinsically evil acts.“If this is truly what AL affirms, all alarm over AL’s direct affirmations regarding matters of changes of sacramental discipline refer only to the peak of an iceberg, to the weak beginning of an avalanche, or to the first few buildings destroyed by a moral theological atomic bomb that threatens to tear down the whole moral edifice of the Ten Commandments and of Catholic moral teaching,” he said.Leaving such a notion uncorrected will lead to “nothing less than to a total destruction of the moral teachings of the Catholic Church,” he concluded.Last week, Cardinal Raymond Burke, one of the four cardinals who signed the dubiaalmost one year ago, outlined how the process for issuing a “formal correction” of the Pope would proceed if the Pope continued in his refusal to clarify his teaching.“It seems to me that the essence of the correction is quite simple,” Burke explained.“On the one hand, one sets forth the clear teaching of the Church; on the other hand, what is actually being taught by the Roman Pontiff is stated. If there is a contradiction, the Roman Pontiff is called to conform his own teaching in obedience to Christ and the Magisterium of the Church,” he said.“Pope Francis has chosen not to respond to the five dubia, so it is now necessary simply to state what the Church teaches about marriage, the family, acts that are intrinsically evil, and so forth. These are the points that are not clear in the current teachings of the Roman Pontiff; therefore, this situation must be corrected. The correction would then direct itself principally to those doctrinal points,” he added.Dr. Josef Seifert paper: Does pure Logic threaten to destroy the entire moral Doctrine of the Catholic Church?Reprinted with permission from lifesitenews.com