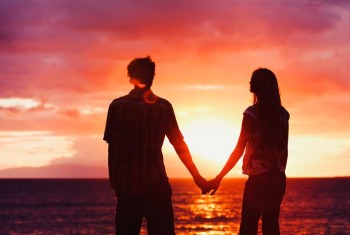 Men today face sexual temptations of cataclysmic proportions. I’m afraid that the vast majority of Christian men (both Protestant and Catholic) are on the losing side in the war for purity. Recently, a Protestant Evangelical pastor told me that he asked his potential deacon candidates if they had viewed pornography in the past six months. One hundred percent of these potential spiritual leaders had succumbed to porn. My estimate is that at least fifteen million Catholic men in the United States have done the same.Cohabitation has increased 900% over the past forty years. Most older teens and young adults don’t consider the big question about pre-marital sex any longer. The only question most now ask is how many dates are necessary before hopping into bed together. The “hooking up” culture on college campuses doesn’t even require a date before engaging in sex.In light of the skyrocketing cohabitation and purity struggles in our culture, I think it is time to reconsider the recommended age of marriage. The entire chapter five of The ABCs of Choosing a Good Wife deals with the question of earlier or later marriage for those wishing to explore the question in depth.Americans are generally waiting longer to get married. For men, the median age of first marriage in 2000 was 26.8, up from 22.8 in 1950. For women, the median age in 2000 was 25.1, up from 20.3 in 1950.A return to a younger age for marriage certainly isn’t a cure-all for sexual immorality, yet it is one way to preserve purity and build stronger marriages.One of the strongest advocates of earlier marriage was St. John Chrysostom, the fifth-century patriarch of Constantinople, who was probably the greatest preacher that ever lived. In his homily on 1 Thessalonians 4:3-7, he forcefully warns fathers against the dangers of delayed marriage:

“But at the season of marriage, let no one defer it. Behold, I speak the words of a match-maker, that you should let your sons marry... When thy son is grown up, before he enters upon warfare, or any other course of life, consider of his marriage. And if he sees that thou wilt soon take a bride for him, and that the time intervening will be short, he will be able to endure the flame [of passion] patiently. But if he perceives that thou art remiss and slow, and waitest until he shall acquire a large income, and then thou wilt contract a marriage for him, despairing at the length of the time, he will readily fall into fornication. But alas! the root of evils here also is the love of money. Wherefore, I exhort you first to regulate well their souls. If he finds his bride chaste, and know that body alone, then will both his desire be vehement, and his fear of God the greater, and the marriage truly honorable, receiving bodies pure and undefiled.”

To fully understand the last sentence of St. Chyrsostom’s quotation we need to consider St. Paul’s teaching in 1 Corinthians 6:

"Do you not know that he who joins himself to a prostitute becomes one body with her? For, as it is written, ‘The two shall become one flesh.’ … Shun immorality. Every other sin which a man commits is outside the body; but the immoral man sins against his own body” (verses 16-18).

St. Paul is teaching that fornication creates a profound bond between partners that mimics the one flesh bond of marriage. The married man who joins himself to a prostitute, or the single man who cohabits with a college co-ed, is creating within himself a permanent bond. This is why St. Paul says to “shun immorality.” Its lingering effects are unlike any other sin. There is no such thing as a one night affair. Conversely, as St. Chrysostom teaches, the man who remains pure until marriage will have a stronger marriage bond and purer desires in marriage.Before you recommend that your teenage sons run out and get married, consider the risks associated with early marriage. The divorce rate for those getting married between twenty-one and twenty-two years old is exactly double the divorce rate of those marrying at twenty-four or twenty-five. Teenage marriages have the highest probability of divorce. It is a widely acknowledged fact that early marriage is associated with high levels of divorce.Therefore, if we are to consider earlier marriage, we need to identify and change those factors associated with the destabilizing effects of early marriage. That’s what we’ll do in Part II of this article.