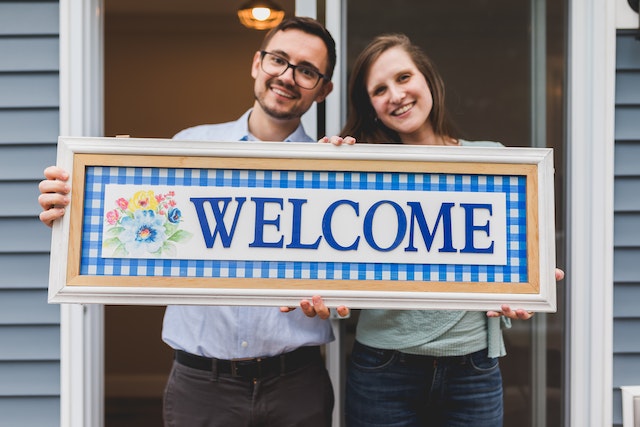 ‍Cohabitation is the new normal, up 900 percent over the past half century. About half to two-thirds of couples getting married today lived together before making a marital commitment. This morning, I received a letter from a distraught Catholic grandmother lamenting that every one of her 20 grandkids cohabited before marriage.This grandmother’s moral beliefs against cohabitation and pre-marital sex are now in the minority. A May 2016 Gallup Survey found that 68 percent of Catholics view premarital sex as morally acceptable. Approval of same-sex relationships was not too far behind.Is cohabitation harmful? A study by Cornell University found that the majority of cohabiting relationships don’t last. One-half of all cohabiting couples break up within a year, and 90 percent end within five years. This poor track record for cohabitation leads to serial cohabitation and a string of broken relationships.Patrick Fagan, director of the Marriage and Religion Research Institute, reports on the findings from a national survey of five-year-old marriages:· Having just one cohabiting partner, other than an eventual spouse, lowers the probability of the marriage lasting five years from 98 percent to 64 percent. · With two sexual partners, other than an eventual spouse, the marital success rate drops to 50 percent.Most young couples engaging in pre-marital sex and cohabitation don’t have any idea the huge impact that their lack of chastity has on the probability of a successful future marriage.Why do young adults cohabit? The Barna research organization conducted a nationwide survey during April 2016 asking those who think cohabitation is a good idea what their major reasons were for agreeing with the perception that living together before marriage is beneficial. Parents and grandparents would be wise to pay careful attention to the Barna findings.Of the three major reasons for cohabitation given, 5 percent said “cheap rent,” 9 percent said it was for “convenience,” and 84 percent said it was to “test compatibility.” By a very large measure, giving their relationship a “road test” for compatibility was reported to be the driving motivator.Young adults who have grown up in our divorce-prone world (and churches) are understandably fearful of marital failure and therefore skittish about getting engaged and married before testing for compatibility.I’m in full agreement with young adults who believe that a couple should test for compatibility before getting engaged and married. I believe that parents, grandparents, counselors, and churches should provide reliable moral methods to help young couples test for compatibility. Simply cursing the practice of cohabitation isn’t enough.The right way to test for compatibility There are four reliable tests for marital compatibility: PREPARE, FOCCUS, RELATE, and the T-JTA (Taylor-Johnson Temperament Analysis). The Pre-Cana marriage preparation in Catholic parishes usually gives the FOCCUS compatibility test after the engagement when a couple is actively preparing for their wedding.Giving a compatibility test after an engagement when wedding plans are well underway is obviously way too late and is totally ineffective in stemming the search for compatibility through cohabitation. Young couples need to be given a tool before engagement in order to test for compatibility.Since things seem to change slowly in the Catholic Church, I think we can expect that most Pre-Cana programs will continue for some time to use the FOCCUS inventory during the months after the engagement. The FOCCUS test is a good one and it doesn’t hurt to take a second compatibility test.What is needed immediately is an opportunity for couples to assess compatibility early enough in their relationship to curb cohabitation and/or to break off what may be a disastrous match.Starting September 2016, the Family Life Center will offer the T-JTA compatibility test to young couples contemplating a first marriage. The T-JTA is a convenient 60-minute method of measuring important personality traits that influence interpersonal functioning and adjustment.The test is taken on a computer from anywhere in the world. Both the young man and the young woman take the inventory first on themselves and then on their partner. The results are computer-graded with an easy-to-understand graphic representation of the strengths and weaknesses of themselves, each other, and the dynamics of their relationship.A comprehensive interpretative report for T-JTA is sent to the Family Life Center. After reviewing the results and the reports, I will meet with the couple for one hour via Skype to go over the results.It is my deepest wish that many others will begin offering the same type of assistance to young couples. I’ve waited for a decade for someone to start this service to no avail. After reading the recent Barna report on the main motivation for cohabitation, I decided that it’s time for action.If you, or someone you know, wants to learn the specifics about taking the T-JTA with the Family Life Center, just send an inquiry to mail@dads.org.This article first appeared in the Dads.org E-newsletter, September 2016. Click here for free sign-up.