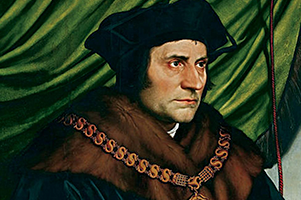 ‍You and I have only one chance to be a good Catholic father. We have to do it right the first time because the fruits of our fatherhood, for better or worse, will be felt for generations. What could be more difficult in today’s society than being a provider, protector, teacher, coach, disciplinarian, and spiritual leader? Trying to fulfill all these fatherly roles is the greatest challenge a man can face.Where do we learn how to be a good father? How can we get it right the first time? Fatherhood is more caught than taught. We need the power of a good example to imitate and assimilate in our fatherhood.The best starting point is to reproduce in our fatherhood those good traits we saw in our own fathers. We tend to become what we think. A wise man won’t dwell on negative memories of his father but concentrate instead on his good qualities. If we focus on our fathers’ failings (and every father has them), then we will unintentionally import those failures into our own fatherhood. On the other hand, by imitating and cultivating their strengths we can pass on their heritage, hopefully in an even fuller measure, to our children. God’s plan is for the good things in family life to grow as they go down the generations.The Church is the family of God. These seven words express a profound reality. Just as we can draw strength for our fatherhood from our earthly families, so also we have an inexhaustible legacy for our fatherhood in the saints of the Catholic Church. The saints are a vibrant witness on how to practically live the Christian life. A man seeking to be a good father will be careful to walk in the footsteps of the saints.After St. Joseph, one of the best saints for Christian fathers to imitate is St. Thomas More. The life of this layman who became a saint is like a diamond reflecting the many facets of a good father.A prime ingredient in successful fatherhood is proper priorities. Without godly priorities we dissipate our energies and resources on things of only secondary and passing importance.St. Thomas More had proper priorities because he put God first in his life. He rose early for prayer, scripture reading and study. He also attended daily Mass. From his rich spiritual life he had an abundance to share with his family, his Church, and his country.Thomas More was a member of Parliament, sheriff of London, foreign ambassador, knight, speaker of the House of Commons, sub-treasurer to the king, lawyer, judge, the first layman to serve as the Lord Chancellor of England (to enforce the laws against heretics), and an apologist for the Catholic faith. His collected writings fill more than 11,000 pages. Yet because of the divine priorities More cultivated, work did not absorb all of his energies.Thomas More made his family the chief priority in choosing where to live. Just when More’s professional life was bringing him into great social and political prominence in London, he moved his family (including his grown children and grandchildren) to a thirty-two acre farm on the north bank of the Thames River. He believed that the English countryside was a much more wholesome environment in which to raise a family. He commuted by boat to London. Fathers weighing possible job transfers should consider the option that will provide the most wholesome environment for their families.