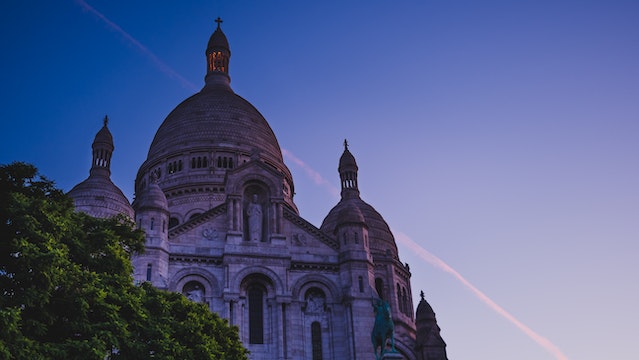 Cardinal George Pell has said that “a number of regularly worshipping Catholics” are “unnerved by the turn of events” in the Church.In a talk at St Patrick’s Church, London, Cardinal Pell said one cause for concern was false theories of conscience and the moral law.Cardinal Pell was giving a talk on St Damien of Molokai as part of St Patrick’s series of talks for the Year of Mercy. But he also reflected on Catholicism today. He said that while Pope Francis has “a prestige and popularity outside the Church” greater than perhaps any previous Pope, some Catholics are currently uneasy.Later in his talk, the Australian cardinal, who has been asked to lead Pope Francis’s financial reforms and is a member of the Pope’s “C9” group of advisors, criticised some of the ideas about conscience which are now current in the Church.Cardinal Pell said that emphasising the “primacy of conscience” could have disastrous effects, if conscience did not always submit to revealed teaching and the moral law. For instance, “when a priest and penitent are trying to discern the best way forward in what is known as the internal forum”, they must refer to the moral law. Conscience is “not the last word in a number of ways”, the cardinal said. He added that it was always necessary to follow the Church’s moral teaching.The cardinal told the story of a man who was sleeping with his girlfriend, and had asked his priest whether he was able to receive Communion. It was “misleading”, the cardinal said, to tell the man simply to follow his conscience.He added that those emphasising “the primacy of conscience” only seemed to apply it to sexual morality and questions around the sanctity of life. People were rarely advised to follow their conscience if it told them to be racist, or slow in helping the poor and vulnerable, the cardinal said.His comments come after three years of debate on the Church’s teaching regarding Communion for the divorced and remarried. Cardinal Pell was among the senior figures who have publicly upheld the traditional doctrine repeated in Pope John Paul II’s Familiaris Consortio – that the remarried should not receive Communion unless they are living “as brother and sister”.But some prominent Catholics have suggested a different approach. For instance, Cardinal Blase Cupich has argued that someone’s conscience might tell them to receive Communion, and that “conscience is inviolable”.Cardinal Pell quoted Blessed John Henry Newman’s writings on conscience, in which Newman rejected a “miserable counterfeit” of conscience which defines it as “the right of self-will”. He noted that Newman was defending Popes Pius IX and Gregory XVI, who in Cardinal Pell’s words, “condemned a conscience which rejected God and rejected natural law.”The cardinal also paid tribute to St John Paul II’s “two great encyclicals”, Veritatis Splendor and Evangelium Vitae, which present the moral law as something binding in all cases.Asked whether some Catholics’ unease about the state of the Church was related to false theories of conscience, Cardinal Pell said: “Yes, that’s correct.”He added: “The idea that you can somehow discern that moral truths should not be followed or should not be recognised [is] absurd”.“We all stand under the truth,” the cardinal said, pointing out that objective truth may be “different from our understanding of the truth”.He also said that while doctrine develops, there are “no backflips”.Cardinal Pell was asked about the letter to Pope Francis from four cardinals asking for clarification of the Pope’s recent exhortation Amoris Laetitia. The cardinals have asked the Pope to confirm that five points of Catholic teaching are still valid. These include the teaching that the remarried cannot receive Communion unless living as brother and sister, and the teaching that some moral absolutes have no exceptions.The Pope has not replied to the four cardinals’ request, which was sent two months ago. The cardinals have taken this as an invitation to publish their questions and continue the discussion. The head of the Greek bishops has said that the four cardinals were guilty of “very serious sins” and could provoke a schism.Asked whether he agreed with the cardinals’ questions, Cardinal Pell replied: “How can you disagree with a question?” He said that the asking of five questions was “significant”.In his talk, Cardinal Pell portrayed St Damien of Molokai as a sometimes difficult but very holy priest. He noted that St Damien’s ministry was partly motivated by his fear for the souls of the lepers in his care. The cardinal said that a priest’s pastoral strategy is heavily determined by how many people he thinks will be saved.He said that Jesus’s words, such as “Many are called, but few are chosen,” suggest a lot of people will go to hell. The cardinal said that while he did not relish this idea, “Jesus knew more about this than we did,” and that “our proper tolerance of diversity can degenerate” so that we believe “eternal happiness is a universal human right”.Cardinal Pell said that the truth about eternal punishment had been downplayed, just as a mistaken idea of conscience had become widespread. A sinful life made it hard to perceive truth, he said, including moral truths – and so not understanding the moral law might itself be a result of sin. “The idea, now, of culpable moral blindness is discussed as infrequently as the pains of hell,” the cardinal said.Reprinted with permission from Catholic Herald.