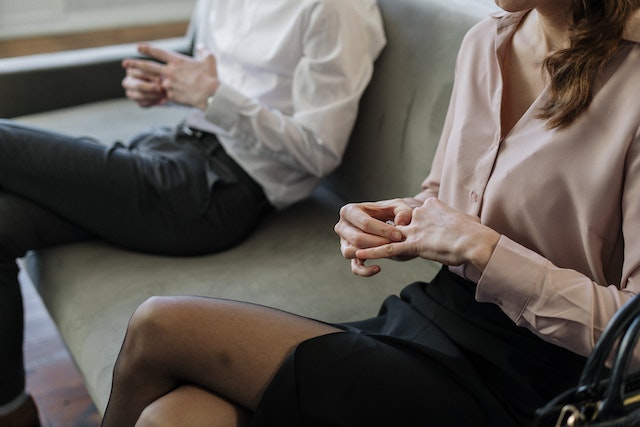 ‍Much is being written about how the Church should accompany those in so-called second civil marriages. Bishops debate whether these Catholics should be able to receive Holy Communion, although almost nothing is being written about the pastoral accompaniment needed for those in marriage crisis, when the first marriages are breaking up.The debate about second marriages concerns adultery which violates both the Ten Commandments and Our Lord’s injunctions in the New Testament. However, there are other critical obligations to marriage besides resisting adultery.  Marriage promises include to love and honour the other spouse all the days of one’s life.  Married Catholics are supposed to maintain a holy, loving and safe home for themselves and their children. This is one of the reasons why divorce is such a grave offence, along with the grave sin of adultery.At present, it seems everyone in the Church is talking about accompanying those who commit adultery in addition to divorcing their spouses. It’s even more important to remember that those suffering abandonment need accompaniment too.This is why I work with the non-profit organisation, Mary’s Advocates, that seeks to help spouses and children suffering unilateral no-fault divorce.  I started this work after discovering that weekly-Mass-attending Catholics are forcing no-fault divorce on their families.  Mary’s Advocates helps spouses who want to keep their family together by showing them how to appeal to their diocese to implement the canon laws applicable to separation and divorce. Our hope is that once a Catholic who is initiating a unilateral no-fault divorce is made aware of the canonical consequences they will stop and reconcile. Dioceses have an essential role to play in making Catholics come to their senses about the gravity of their actions.The injustice of unilateral no-fault divorceIn many western countries it is now possible for one spouse to impose unilateral no-fault divorce on the other spouse and their children. As well as legally “dissolving” the bond of marriage, it is not uncommon for the abandoner to the freed from his or her obligations to support the marital home by household tasks, financial support, or child care. Even if there are legal requirements to financially support children, these never equal the contributions made when the couple was together, and they are often unenforced, or poorly enforced.Faithful spouses who take their responsibility to their family and children seriously can lose half or more of the marital property, lose day-to-day access to the children, and be ordered to pay spousal support or child support. No-fault divorce decrees order children to go back and forth between mom and dad’s home, regardless of how much the children want the abandoning spouse to reunite their split family, and regardless of how much psychological damage is caused by the division in the family.Innocent defendants in no-fault divorce, who refuse to agree to divorce, face huge financial and personal risks. Even in cases when there is a morally legitimate reason for separation of spouses, the civil no-fault divorce courts have no interest in arranging temporary separations enabling a perpetrator the time and space to amend his or her harsh ways.How bishops can help marriages threatened by divorceCatholics were never supposed to abandon their marriages. Moreover, because marriage is a public institution rooted in natural and divine law, Church tradition and Canon Law has a procedure for managing the separation of spouses. Catholics are not supposed to file for civil divorce until after an ecclesiastic investigation. If a spouse commits adultery or is dangerously abusive, the other spouse has a true reason to separate.According to canon law, only the bishop or one exercising his authority, has competence to decide a separation plan that is in accord with divine law. For Catholics this should take priority over civil divorce proceedings.  For example, if mom enters an adulterous relationship, it would give scandal to children to force them to pretend that mom’s new relationship is normal, and force the children to spend overnights with mom and her new “partner.” Or, if dad abandoned the marital home during some mid-life crisis in which he hardened his heart towards his wife, it would be contrary to divine law to force the children to leave the home they have always known to visit Dad in his new “bachelor’s pad.” Wouldn’t we hope the bishop would instruct dad of his obligations to uphold his marriage promises?As Director of Mary’s Advocates, I correspond with faithful spouses who are abandoned by their professed-Catholic spouse. We provide morally-grounded spouses with a template petition wherein they ask their diocese to implement the canon law on separation of spouses. This should have a very different outcome than the civil forum’s no-fault divorce.  Even in cases for which a marriage is truly invalid, canon law requires that the Church, not the state, decide the parties’ moral and civil obligations toward the other and the children.I have learned that dioceses sometimes disregard canon law on separation of spouses. Some Church personnel say a petitioner’s request should be denied for various unfounded reasons, such as the following:

It is a mistake to say that divorce is a merely civil matter in which the Church has no competence.  Civil divorce judges purport to have the power to relieve an abandoner of the obligation to maintain an intact home and the obligation to continue his full share of support to the marital home.  The Church, not the state, should be making these determinations.The work of Mary’s AdvocatesMary’s Advocates publishes a specialist collection of the Church’s teaching about divorce,  including those of the drafting committee that wrote the 1983 Code of Canon Law, the Italian bishops conference’ instruction that a spouse should repair evil, the University of Navarra’s commentary clarifying the requirement of permission from the bishop before filing for divorce, and the canon law requirement for the Promoter of Justice to participate in cases of separation of spouses.Mary’s Advocates seeks to support the healing of wounded marriages, certain that nearly every marriage has the inherent capacity to be healed. Psychologist Dr. Richard Fitzgibbons, founder of the Institute for Marital Healing, writes:“The spouses who are not happy and who want to pursue divorce and a decision of nullity most often refuse to address their own weaknesses. Instead, they portray themselves as victims of insensitive treatment or emotional abuse. The psychological reality is that every spouse brings special gifts into marriage, but they also bring psychological weaknesses, which are most often deeply buried out of conscious awareness.”Dr. Fitzgibbons lists common weaknesses that threaten marriages, including selfishness, emotionally distant behaviors resulting in spousal loneliness; controlling behaviors from unresolved hurts with a parent; failure to master anger daily by growth in forgiveness; and weaknesses in confidence.  His institute has successfully helped clients overcome these issues.At Mary’s Advocates we believe that Catholics could learn much from Rejoice Marriage Ministries, a biblically based outreach, that supports the faithful spouses who pray for the restoration of marriage after divorce. Also, the Retrouvaille program has success in reconciling divorced couples.Mary’s Advocates assists spouses in formally requesting the Church to intervene, using the powers set out in canon law. While diocesan authorities have little influence over those who wilfully disregard the Church’s teaching, Mary’s Advocate encourages faithful spouses to petition the Church to implement the canon law about separation of spouses. The implementation of canon law on the separation of spouses has a three-fold result: 1) It challenges those who think breaking up one’s own marriage is fine; 2) Canonical decisions could have civil effects in territories in which contract rights are respected, and 3) some marriages may stay together and seek the right kind of help rather than enrich divorce lawyers and hurt children.Please get in contact with Mary’s Advocates support network if you remain faithful to your marriage after divorce. Please be inspired by the example of St. Monica, who prayed for 20 years for the conversion of her son and husband.Please visit our website, Mary's Advocates: Upholding Marriage -- Love Hopes and Bears All Things© 2015 EWTN News, Inc. Reprinted with permission from the National Catholic Register